I have declared that I would never visit another plantation.

The plantations I have been to in the past are so sad and have a kind of heavy, clingy feeling to them.

I had to eat my words. I had a fabulous trip to the Whitney Plantation last week. When you come to New Orleans I recommend this tour. It is an honest portrayal of slavery on this plantation. I think it is the truth that makes the air feel breathable there.

This is what happened. This is what it was like for the people in slavery. Somehow, unexplainably,  the Whitney Plantation shows the history on the plantation in a way that is bearable and beautiful. The spirits of the people are there and also their names and their personal histories.

Our tour guide grew up 10 miles from the plantation. Because of her last name, it is very likely that her relatives were slaves there. She was entertaining, well spoken, and I could feel how important this history was to her.

I put my Storyville series on hold for a week or so. I decided to paint a young woman who was a slave in Louisiana. I don’t have any information other than her photo. I wish I knew her name. While I was painting her in blacks, browns, buff and white, looking like the early 1900’s, I was smashed with the feeling of present day slavery. Like a ton of bricks.

I started asking everyone who came around too many questions. I couldn’t calm my brain. Did I just want to paint a girl in slavery from the 1900’s because I knew she was free now?

The next morning, I saw a slave from the last century in colors. So it is both. Old and continuing slavery.

We can’t deny it.

We shouldn’t deny it if we want the air breathable. 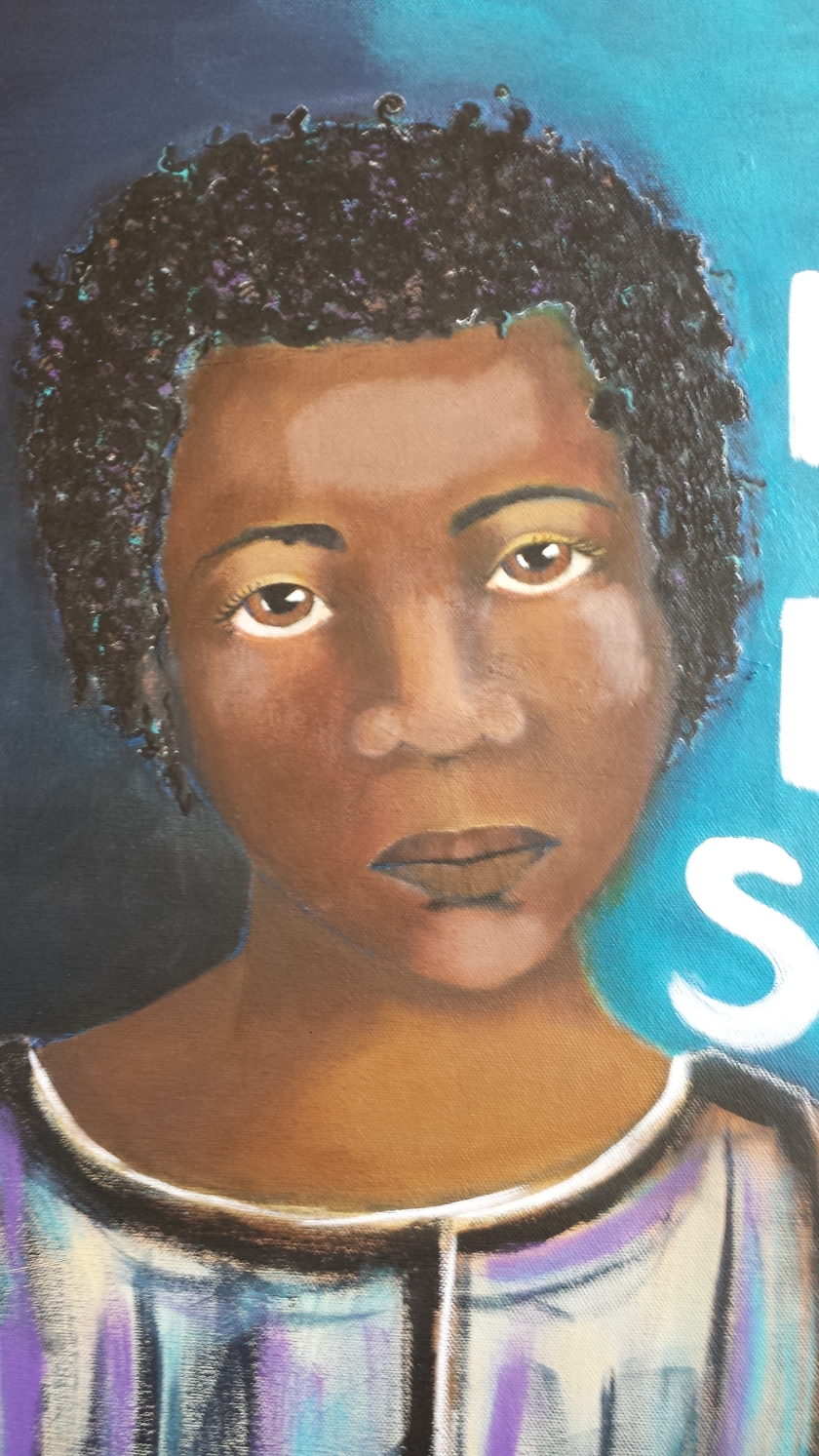 I paint to heal the world. If I fall short of that, I would like to make you smile. Gator Girl View All Posts

3 thoughts on “NOT FOR SALE”

Gator Girl is on Etsy! Click on Skeletons to go there.